65 years of Wildfowling and Conservation


Thirty men held the inaugural meeting in the Bull Hotel, Milnthorpe, on March 16th 1950. These men of Westmorland were determined to control the indiscriminate shooting on the River Kent Estuary situated in the north eastern sector of Morecambe Bay. Messrs J.D. Renwick, D. Burrows, R.D. Humber, J.M. Hodgson, J. Rodick & J. Powell formed the first Committee and a new wildfowling association was born, the Westmorland Wildfowlers Club as it was first known.

Peter Scott had immortalised the old County of Westmorland and our ‘Brogden’ marsh in his timeless book ‘Wild Chorus’ published in 1938. Here he recounts his exploits to the ‘Northern estuary’ with memoirs of flighting the wintering Icelandic greylags, punt gunning wigeon on the sand banks, a mile from his headquarters at the Ship Inn at Sandside and fighting the fast flowing ebb under our famous railway bridge, engineered in 1857 by industrialists John Brogden & sons, directors of the short-lived Ulverston & Lancaster Railway company.

The W.W.A. is proud of its wildfowling traditions, its pioneering club members past and present, and its notable conservation achievements over the years. In the 1959, W.W.A. Committee man Mr John Ruxton of Kendal was spearheading the W.A.G.B.I National Greylag Goose reintroduction scheme with Mr Jim Ellwood of Millom. John eventually became Chairman of W.A.G.B.I. in 1972. It was hoped that the greylag could be successfully reintroduced into Lakeland and once again form wild breeding pairs. These greylags had been sourced as adults and goslings under special license from Sutherland. The geese were afforded protection by a no shooting policy by SCWA and Furness Wildfowlers and eventually sustainable populations of greylag geese were again breeding in Lakeland and around Morecambe Bay. Many a modern day Westmorland wildfowler owes ‘his goose’ to these pioneering men of Westmorland and Cumberland for bestowing us with the descendants of these ‘first generation’ geese, approximately 300 to 700 of which frequent the WWA marshes each new season.

W.A.G.B.I. affiliated in 1952, the modern day WWA now enjoys a flourishing membership of 103, including 2 lady guns and a strong junior/young shots contingent, many of whom follow in their fathers or even grandfathers ‘fowling foot prints. The family names of Shepherd, Ward, Shaw and Robinson, to name but a few, have all seen three wildfowling generations flighting the Westmorland salt marshes that lie in the shadow of the South Lakeland Fells. Undeniably, since the early years, the solid foundations and grass roots of the club have been built from local born Westmorland families who have passed down the time honoured traditions of wildfowling to their succeeding generations. Many individuals are embedded with a deep sense of ‘belonging’ to the River Kent estuary from passions forged in youth and fuelled by their ‘mentors’ sporting triumphs and failures below the seawalls. Members still hold treasured memories of the colourful ‘fowling characters of the past drinking ale in the tap rooms of The Crown, The Blue Bell or the Ring O’ Bells and reliving memories of goose flights on the old ‘Dip’ marsh, the wigeon packs flighting over the Winster or even the massed flights of Curlew off Fish Carling. These were the ‘good old days’ that epitomise the true heritage and spirit of wildfowling on the Westmorland marshes.

The club reveres its historic relationship with the Wilson family of Dallam Tower, after all, it was Sir Maurice Bromley-Wilson who, in July 1952, granted the WWA its first official lease of the ‘Dallam Tower marshes’ for fifteen pounds a season and allowed the club to release their first hand reared mallard into Dallam Tower Park. The ‘Sporting’ aspirations and fervour of the WWA continued in subsequent years, from the generous support, willingly given by the late Brigadier Charles Edward Tryon-Wilson and his wife Rosemary. This espousal still continues to this very day from the present lineage of the Wilson family, Rupert and Susie Villiers-Smith who currently reside at Dallam Tower. 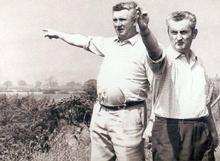 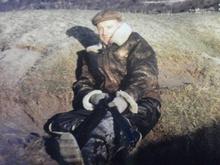 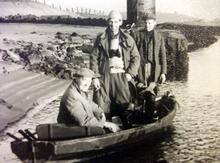 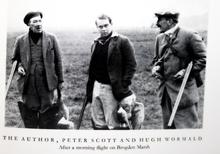 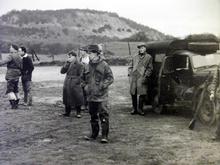