Many thanks to all the WWA members who made the effort to get out at first light to cover as many of the marshes and WWA controlled inland areas as possible in an effort to reduce the carrion crow population around the Kent Estuary. Less carrion crows around the estuary means that hopefully more of this years ducklings and other spring wader and songbird chicks will survive the threat of being predated.  So far the total number shot since this years campaign started on 23/02/2013, under General License of the Wildlife & Countryside Act 1981, is 117 , and mainly carrion crows. The Committee have agreed to allow shooting of winged vermin (targeting carrion, jackdaw and magpie) to take place on the marshes until further notice. Please keep well away from our mallard nest sites and avoid wandering over Milnthorpe marshes where nests may be hidden in the long tussock grass. 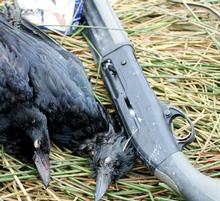 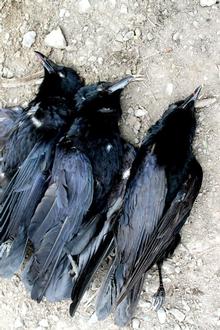